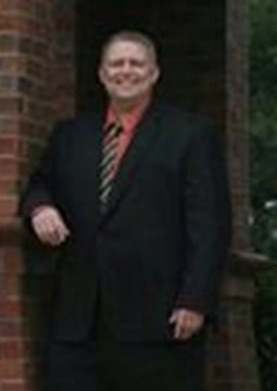 Contact Adam today at  (423)388-5459  to schedule for your church or group an 8 session seminar.  Topics are Creation, Theology(God), Harmartiology(Sin), Ecclesiology(The Church), Soteriology(Salvation), Church History, Gifts of the Spirit, and Eschatology(Prophecy)

Adam Knight has taken a long and winding to bring him where he is in ministry today!  Growing up in the Southern Gospel music ministry, and enjoying the blessings of road life, seeing soul's won, Adam announced the call to preach on March 13th, 1993 at the age of 11.  By the time he was 15 Revivals, TV appearances and campmeetings were common place on the schedule. Some of the programs and stations on which he ministered were WLJC-Beattyville, KY, WLFG-Abingdon, VA, Plus Or Minus 60-Canton, OH as well as broadcasting weekly on radio via WETB-Johnson City, TN, WBCV-Bristol, TN/VA, WGAT-Gate City, VA, King Of Kings Network, Somerset, KY among others. Adam was ordained at the age of 16 on November 17, 1997 at Grace Baptist Temple in Rocky Mt., NC.  During those early years of evangelism revivals and campmeetings were held in TN, KY, WV, VA, NC, SC, FL, PA, IN, OH and MD.   Degrees were earned from New Grace Bible Institute, Liberty University's Institute of Biblical Principles.

At age 19 Adam left the road full-time and took the first of two pastorates in Johnson City, TN and later in Bristol, TN.  When leaving the Bristol pastorate and re-entering evangelism there was an apathy and lack of dedication.  After a few years, the ministry was very much on the back burner and business was the driving force in his life.  While dabbling in several fields including Hospice and being the publisher of Hallelujah Times Magazine, a construction company was bought and Knight doubled down on dreams of wealth.  While operating this business, which employed a staff of 21, some terrible decisions were made which affected the customers which the business served.  When faced with the dilemma, rather than facing it head on he ran.  That running and attempted cover up of the wrong doing made things much worse and led to a 5 year prison stint.  During this time Knight lost his marriage as collateral damage to his mistakes.

After 18 months in prison, Knight rededicated his life to Christ.  He began working with Chaplain's offices wherever he was transferred and saw over 400 soul's won. During this period, he also wrote over 200 new gospel songs and preached over 200 sermons at Chapel services.

Upon release, no time was wasted in rejoining the Lord's work.  There are those who say due to his divorce and/or his sins he is no longer qualified to preach the Word.  To that Knight answers, "I know my calling as well as my situation in light of the scriptures, and do not take lightly the sacred desk.  Likewise I do not take lightly the mandate from the Lord to proclaim HIS Word and fulfill my calling with the opportunities, life experiences, and gifts the Lord has given."

Now Adam travels with his wife, Angel and mother, Linda, in the music ministry once again.  He manages a ministry page on Facebook as well as seminars on his passion, Theology.  Many churches have requested Bro. Knight to preach as well as share his unique testimony.  God is opening doors daily!