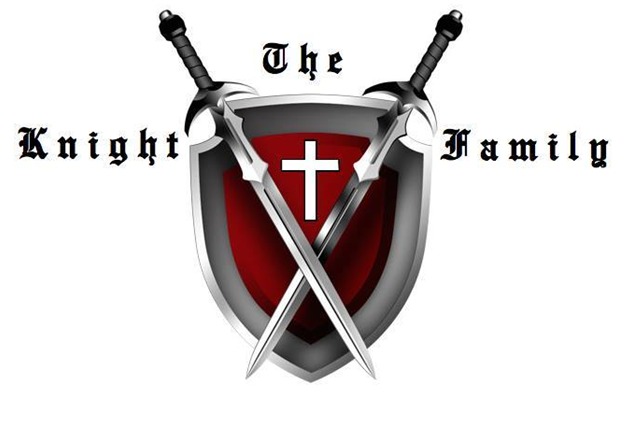 Hailing from the same hills that brought the world The Carter Family, Ralph Stanley, and Mountain Gospel favorites like the Singing Cookes, The Knight Family is steeped in Appalachian music.  Group matriarch has been singing for 53 years, since her teenage years, having travelled millions of miles carrying the Gospel in song.  Oldest son Adam is a minister, musician, and vocalist who has produced countless albums for other artists and plays in studios around the country. His wife, Angel is the daughter of prolific Bluegrass songwriter and Dove award recipient, Homer Jackson.  Angel brought her mountain soul to the group in 2013, from a rich Bluegrass and acapella heritage.

A live program with the Knight Family is a journey back in time to a simpler era.  Absent are big arrangements and tons of instrumentation.  They minister the Gospel with no other accompaniment than an acoustic guitar, much like their forebears, The Carters and The Chuck Wagon Gang.  The prayer every time the family steps onto the platform to share in song is, "Let us leave feeling like someone has been changed by the message of the music."

The group has charted over a dozen songs in the Singing News charts. These included the most well known, My Life Has No Meaning Without Jesus, There is A Refuge In Jesus,  Live In Me, Hometown in the Sky, and I Believe, Help My Unbelief. The group has  traveled coast to coast in concerts, revivals, campmeetings, benefits, and once did a Wal-Mart tour. Along with many local and regional newspapers, The Knight Family appeared in Singing News, Christian Voice, SGN Scoops, U.S. Gospel News, Gospel Voice and Hallelujah Times magazines. In September of 2015 and 2016, the family travelled to LeMars, Iowa to receive the "Vintage Recorded Gospel Album of The Year" from the National Roots Commission for their last two albums.  The family now maintains a schedule with close to 170 concerts per year in 32 states.


The Knight Family is now 7 albums in with the new lineup.  In 2019, a 12 song Bluegrass Gospel album entitled "The Book, The Blood, The Blessed Hope" is being released.  It will feature several originals from the collective pens of the group, as well as classics such as "My Hope is in the Blood" and "Tears Will Never Stain the Streets of that City."  Guests on the album include Bluegrass legends Tim Stafford, Adam Steffey, Jason Burleson and Michael Cleveland.

2020 has seen the release of "It's Southern Gospel Y'all featuring the most legendary musicians in Nashville, including Charlie McCoy, Gordon Mote, Gary Prim, Kelly Back, Wanda Vick and more.  The group's single "I'll Stand for the Blood" reached the number 5 position on both the Singing News and SGN Scoops Bluegrass Gospel charts for October 2020.